I’ve seen these cute little critters all over the grid and meant to get back to the Arcade Event to score one…but it just didn’t happen.  While out and about gathering landmarks for items…I ended up in one of my favorite little stores…Beetlebones.  Suetabulous has a funky little place full of her whimsical, eclectic creations…and much to my surprise, I discovered that these hamsters were created by her!  She has a gatcha display board where you can still pay the 100L to take your chance on getting one of several different coat types (mine is Siberian Cocoa).  For that 100L you get the adorable avatar (it is mesh so you will need a mesh enabled viewer) AND a fabulous AO that just has the most adorable animations in it.  Sue also has a really cute Winter Bunny Avatar gatcha board for only 50L.

I also stumbled on the fun little [Etchaflesh/Virtual Props] Trick and Treats Hunt being hosted by the owners of [Etchaflesh] and Virtual Props & Poses.  You don’t have to join the group to participate in the hunt, but if you do…it is free to join; with frequent sales and perks.  [Etchaflesh] specializes in gorgeous mesh corsets and Virtual Props & Poses has a wide range of poses and props; unlike any I’ve seen around the grid.  Collect 25 candies on your Hunt HUD and redeem them at the prize kiosks for either corsets or a fun pose/prop pack…I chose the Magician pack; which comes with several hats (with and without doves), the wand, and several poses.  The best part is that the poses and props were compatible with my hamster avi…with just minor fitting of the hat and wand.  I also picked up the fabulous circus background texture at the hunt…in the Virtual Props & Poses store…for FREE!! Gotta just love that <3<3

The candies aren’t hard to find…and you can go back each day to collect another 25 candies and redeem them for another prize! 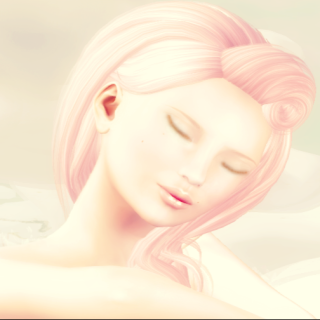 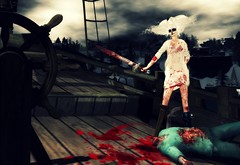 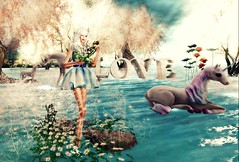 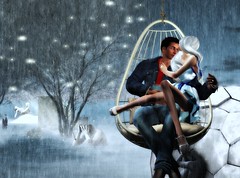 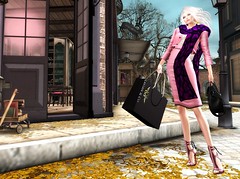 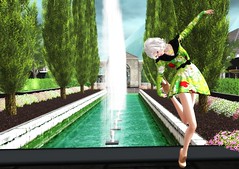 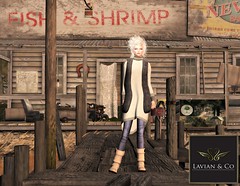 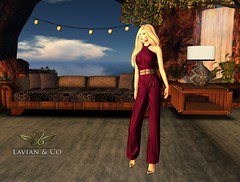 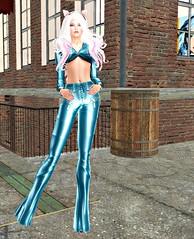